MourneQuest is a wonderful fantasy adventure board game that is perfect for anyone that wants to go on an adventure. It is based on a series of novels written by Garry McElherron and it’s a cooperative type game that accommodates 1 to 4 players with an average playing time of 60 to 90 minutes. Steeped in Irish mythology and folklore, the game takes the players and casts them as the main heroes from the novels and takes them on an adventure. Their ultimate goal is to vanquish a big bad. In this article, you will learn how to play MourneQuest and some of the history as well. 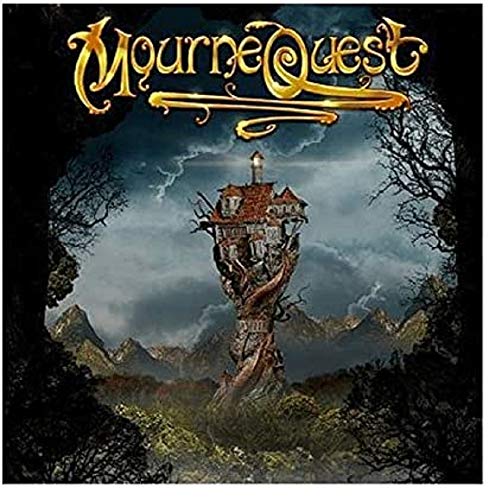 In this board game, the players play as the heroes from the book and you will explore the Mourne Mountains and try to defeat Shimnavore. The overall goal is to stop the monster from wreaking havoc on the kingdom of Mourne. On your way to fight Shimnavore, you will face other enemies.

These enemies include the Changeling, Dullahan, and Banshee, and Bogbeans. While the overall goal is to beat Shimnavore, they can’t do it without getting stronger. To get stronger, the players need to gather charms, equipment, and magical relics. Gathering these items will increase the player’s powers and skills so they can fight any enemy that gets in their way.

While the game has a lot of moving parts, the setup is actually quite simple.

Number of Players and Play Time

In MourneQuest, there can be 1 to 4 players, and the playtime can be from 60 to 90 minutes.

Once the board and the pieces are laid out, the players need to pick a hero. Each hero gets placed at the starting point. With the heroes and the nightmares in their spots, it’s time to play.

Each player gets to roll the dice, and the moon in the middle of the board will move phases. With each round, there is a hero phase and an enemy phase.

In the hero phase, our heroes spend their time collecting and dropping charms and exploring the board, or passing cards to one another. The more charms you collect, the stronger you will get.

During the enemy phase, the Bogbeans can be released onto the board, or any nightmares that are on the board can be activated. If the enemies attack, new encounter cards can be drawn. Once the move rotates a second time, the Shimnavore is active

MourneQuest is a cooperative board game. That means there is a lot of player interaction. The heroes are friends, and they must work together to defeat the Shimnavore. Their interaction with each other is crucial for the game.

The only way to win the game is by defeating the Shimnavore. If there are enemies still on the board when the monster is released, you will have a short time to defeat them so you can attack the Shimnavore. You must attack him and send his wound markers to 0 before he destroys one of the Mourn walls.

MournQuest is based on the book by the same name which is written by Garry McElherron. The game is manufactured by Backspindle Games, run by David Bradshaw and Leonard Boyd.

Backspindle gave gamers and readers a chance to invest in the game by putting it up on Kickstarter. By backing the MourneQuest Kickstarter, backers enjoyed certain perks depending on how much they pledged.

The main tip is that it is best to collect as many charms and items as possible before the Shimnavore is released. You will need these items to gain strength. If you aren’t strong enough before the monster is unleashed, most likely, you will lose.